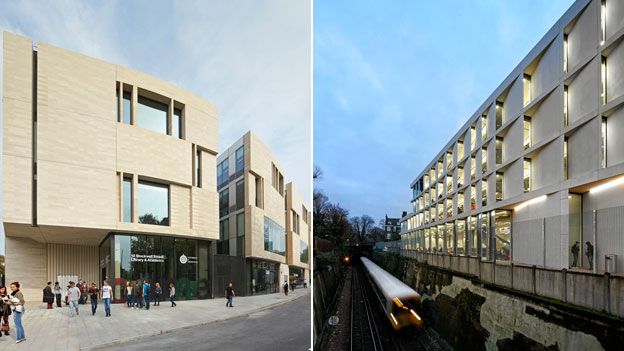 "Built for the University of Greenwich, the shortlisted building houses the institution's main library as well as its architecture, landscape and arts departments.

The Stirling judges praised the £38.9m development's "frisky gravitas", its "remarkable" acoustics and windows that had been "carefully considered to take advantage of key views, vistas and reflections".

The end result, they concluded, was "a very public university building... that will inspire future generations of architects" as well as "a startling building to put in [a] Unesco World Heritage Site"."