I am writing on behalf of the Greenwich Society to make representations against the application of the Trafalgar Tavern for the grant of a new licence which includes late night opening until 2am on weekdays and 3am at weekends.  I can confirm our representations relate to the four licensing objectives.

Our primary representations are in relation to the objective on  -

This is a mainly residential area and late night opening hours will cause substantial nuisance to the residents in the vicinity of the Trafalgar Tavern, as well as in the wider East Greenwich residential area. This nuisance will be primarily of noise from the Trafalgar itself (inside, outside, or on the roof terrace -  whether from customers or its use as a music venue) and from people arriving and leaving the Trafalgar into the middle of the night.

Linked to the late opening hours is the issue of traffic and traffic noise including uber drivers and other taxis  delivering  and picking up  customers.

In addition there is the nuisance caused by the multiple and unsightly refuse bins by the side of the Trafalgar Tavern obstructing the footpath.  This is a current problem but is likely to be exacerbated by the later opening hours.

For this nuisance to be allowed until 2am and 3am respectively seems wholly unreasonable.  There are no other late night entertainment venues in the area and the opening times should reflect the location of the Trafalgar Tavern in a residential area and be more closely aligned with traditional pub opening hours.

We would also like to make representations in relation to the other licensing objectives:

Protection of children from harm

There are families with children living in the area of the Trafalgar Tavern and their wellbeing will be adversely affected by the late night opening hours proposed. This will be from noise, increased litter,  the risk of associated crime and disorder, as well as from the general disturbance resulting from late night opening hours.

We are not suggesting that The Trafalgar is not currently  a well conducted establishment but the late hours will bring in a different clientele and there will  be congestion and the likelihood of raucous conduct which could give rise to public safety concerns.

Prevention of crime and disorder:

There is a real risk that later late night opening hours (to include the sale of alcohol) will lead to increased crime and disorder. The Trafalgar Tavern will be a magnet for groups of people looking for a late night drinking venue and with this there is much scope for petty crime and general disorder. We object to such a “club” venue in a residential area with more drinking, high numbers of customers, and  limited public transport options for people to leave in an orderly way at closing time.

Thank you for your consideration of our representations and we would urge the Council to reject this application.

For the Attention of: Casey Virasami,  Development Management

The Greenwich Society would wish to register  our objection to the change of use to storage and distribution for the following reasons:

Thank you  for your consideration of the Greenwich Society’s objections.

We raised concerns about this proposal before and the new submission tends to add to them. We regret the loss of a community facility whilst acknowledging the importance of providing housing for people with serious disabilities. The layout of the bedrooms continues to concern us. Bedroom 3 has a double bed in it but is not large enough to allow two wheelchair uses to access the two sides of the bed. The way the doors open out from the wet rooms into bedrooms 2 and 3 is likely to impede mobility and be inconvenient. Sliding doors might be better. We are also concerned that the plan does not show clearly the location of the proposed bin store and the cycle rack. We would object strongly to the loss of more than a small amount of the green space. Nor is it clear where the parking bay would be located; it should not be carved out of the green space. 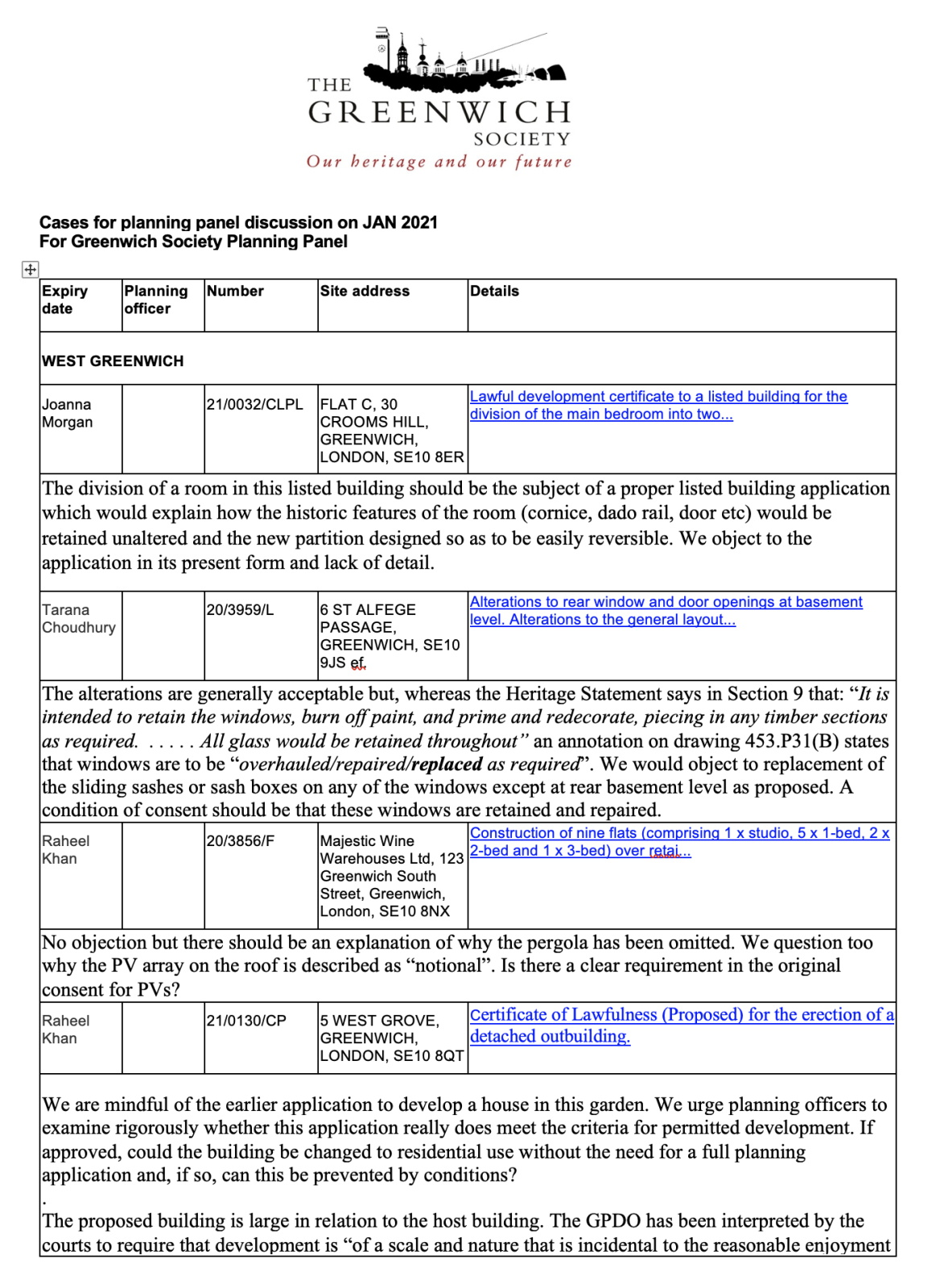 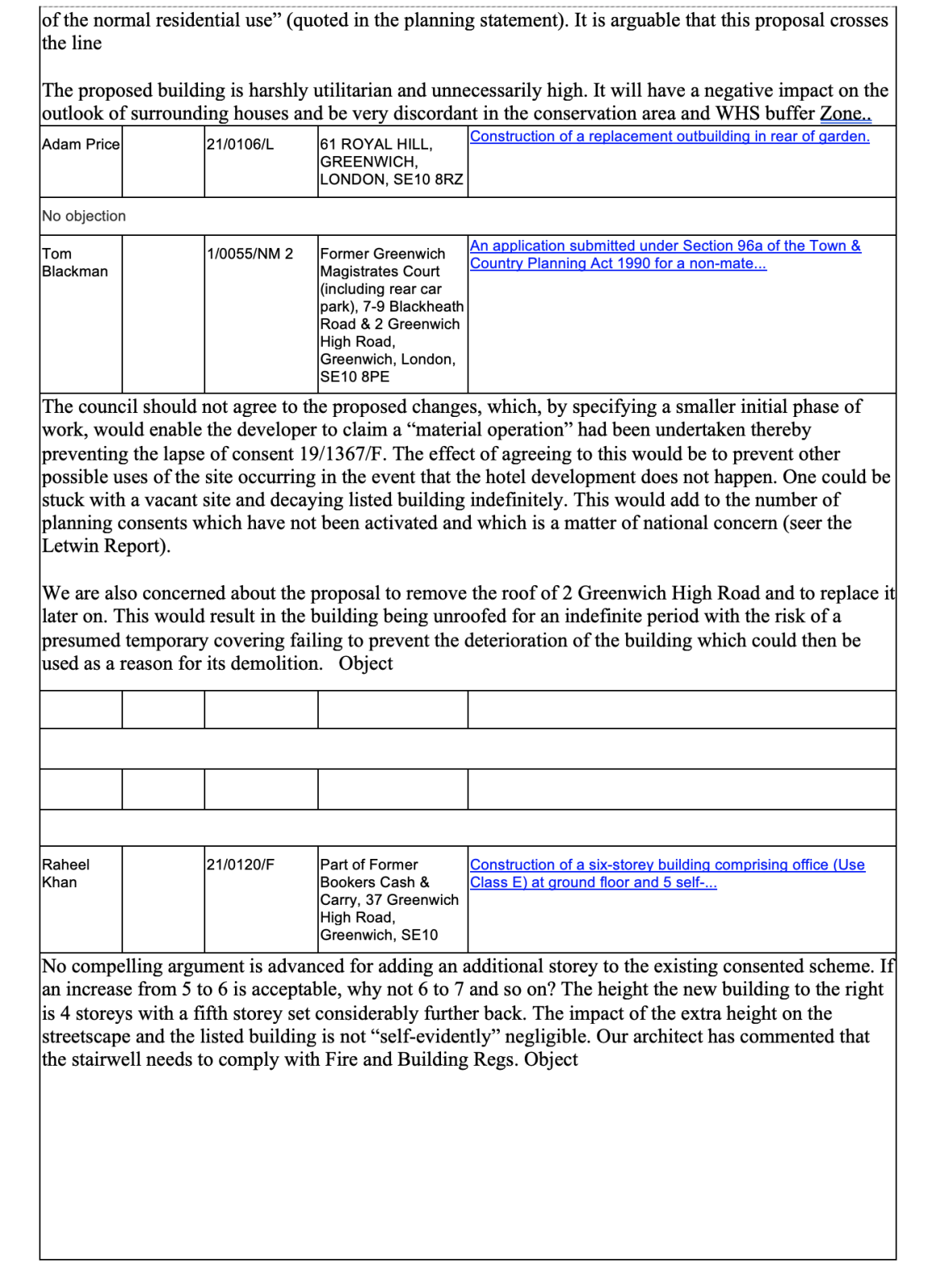 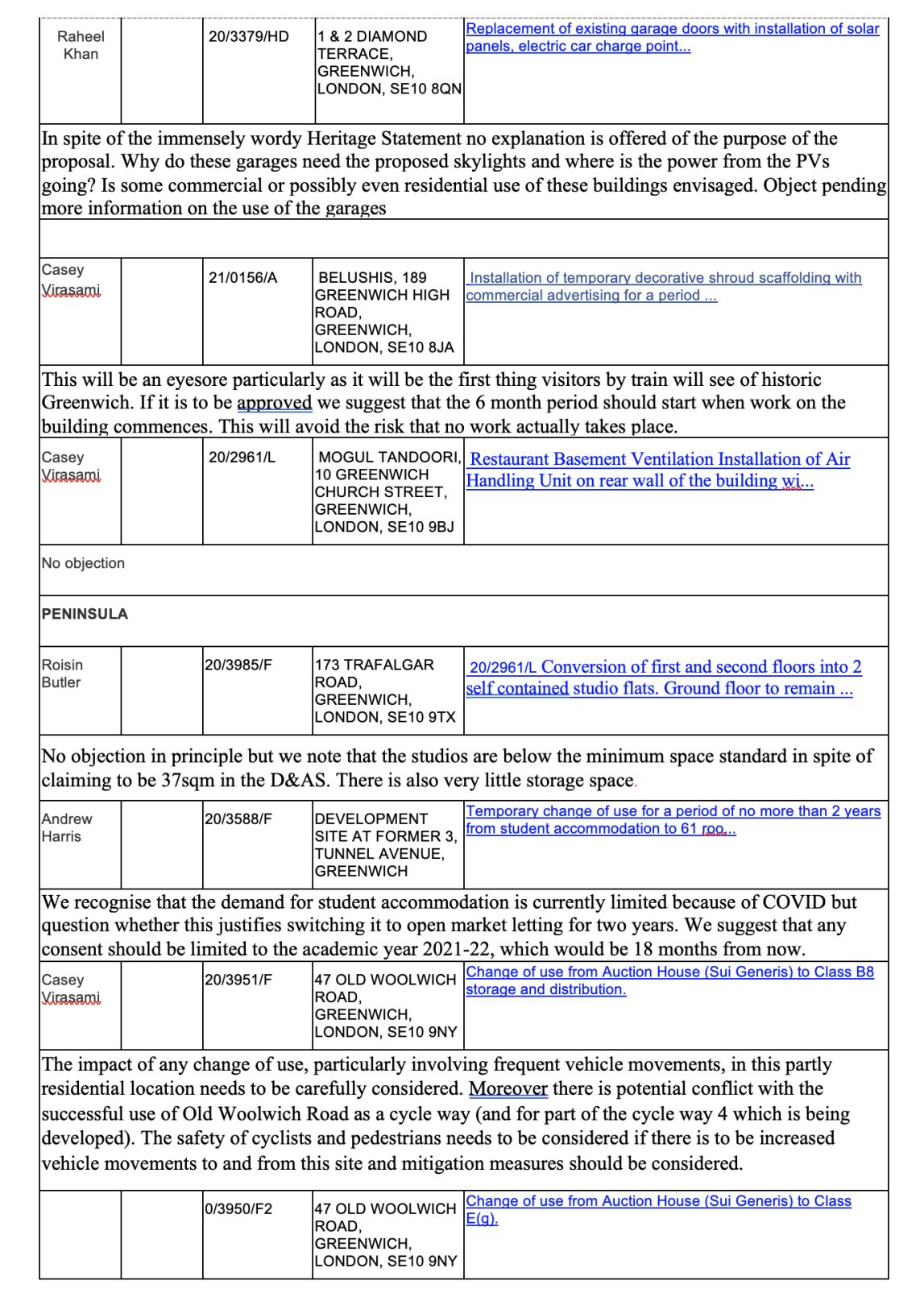 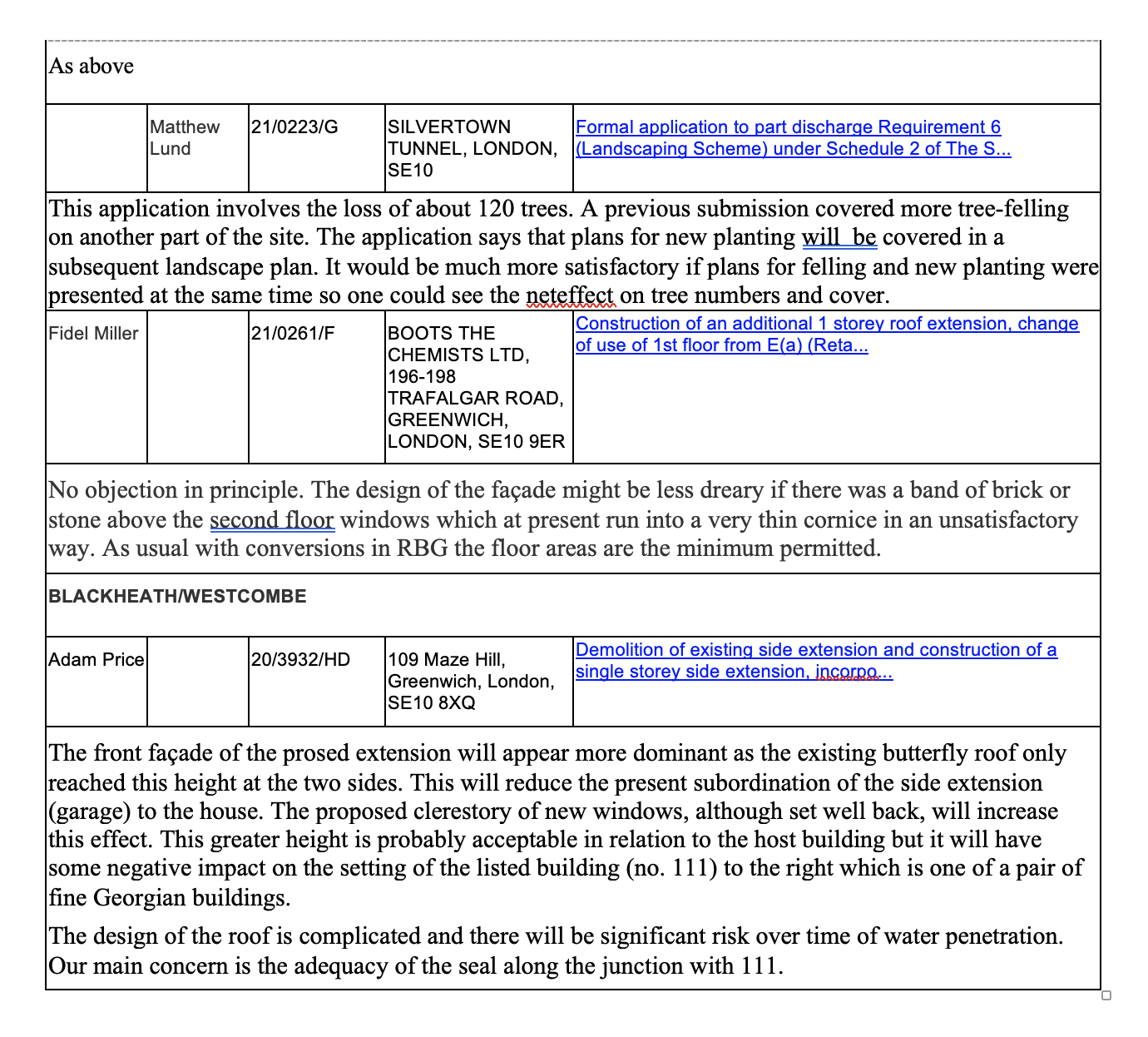 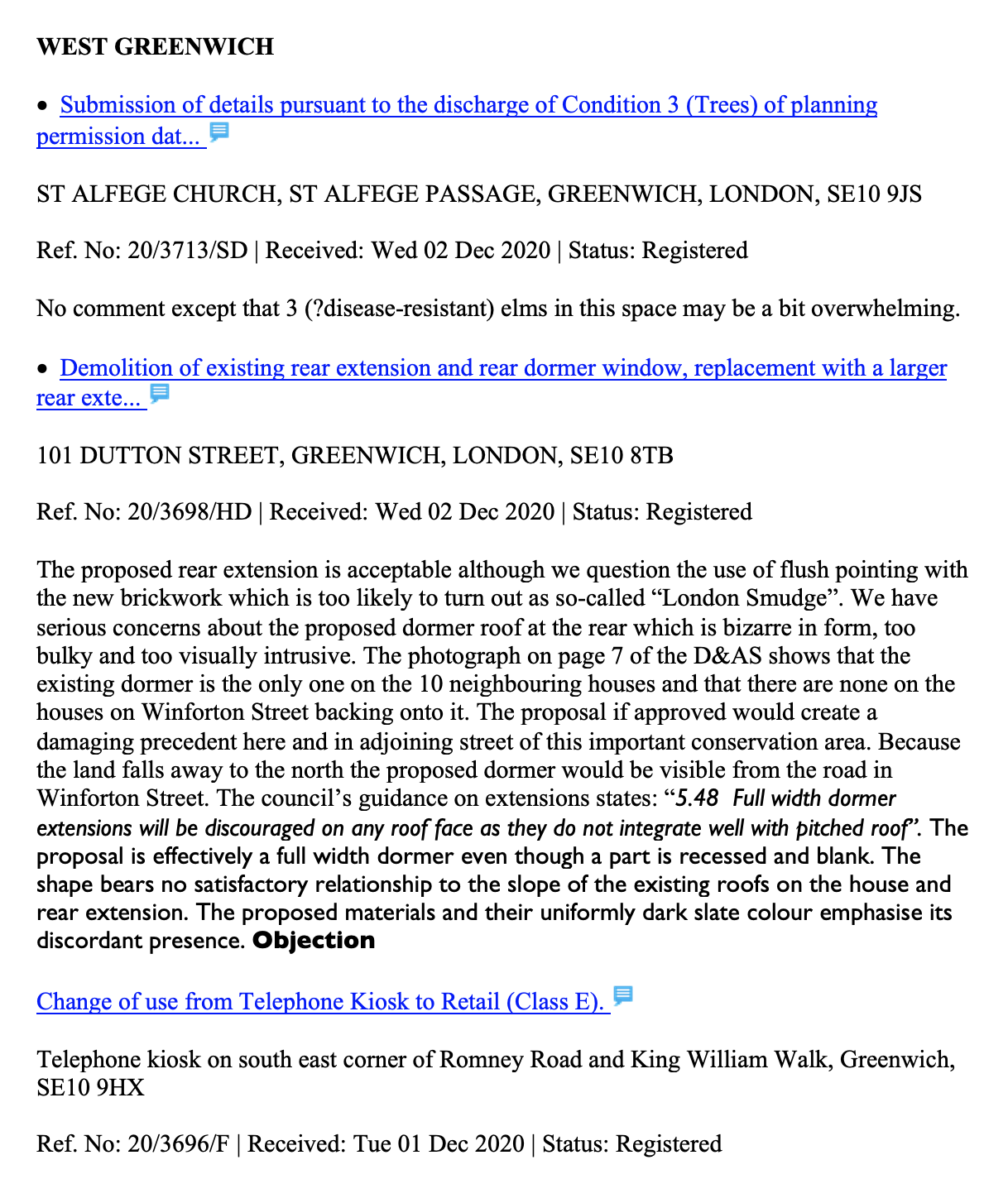 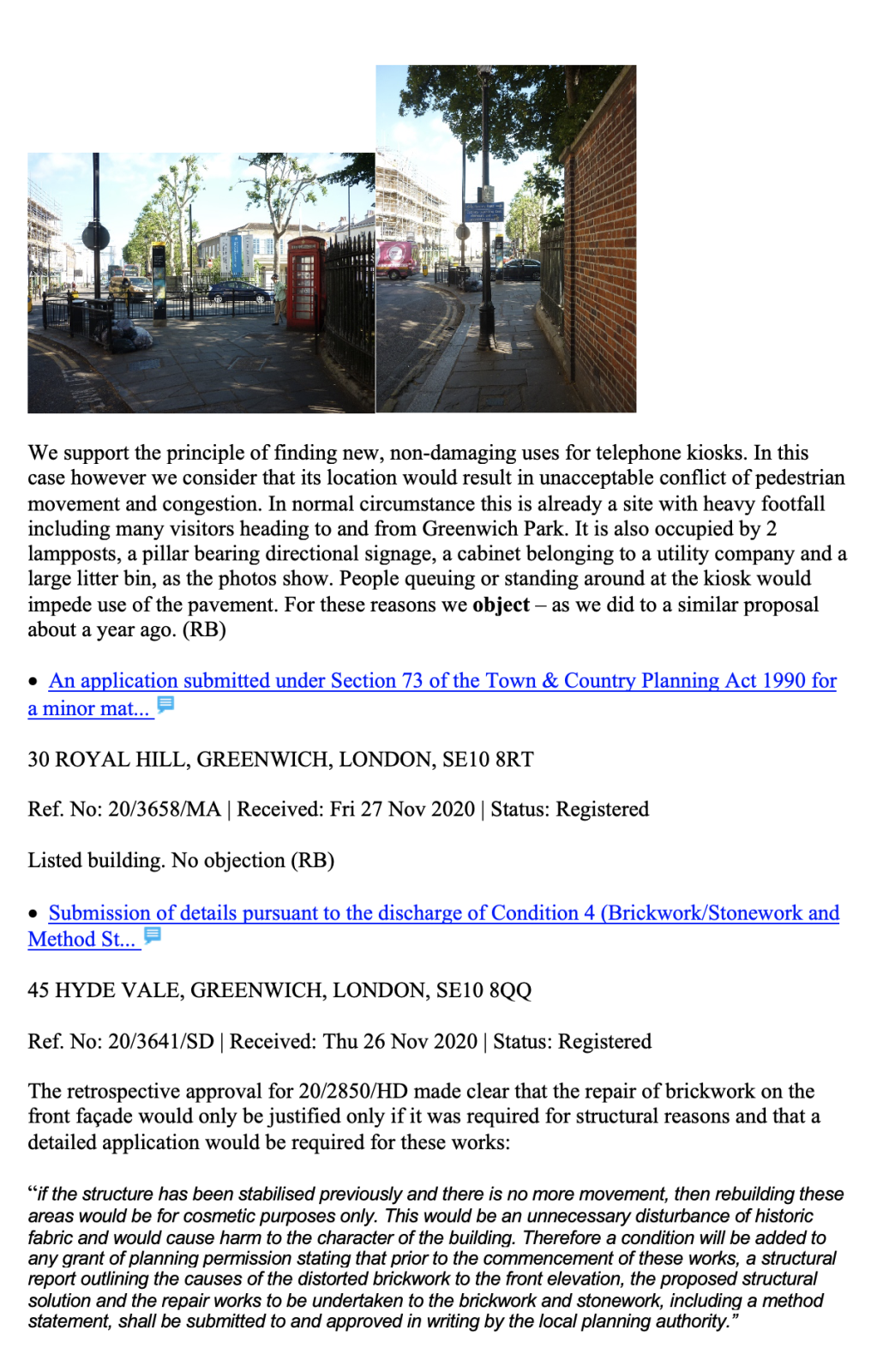 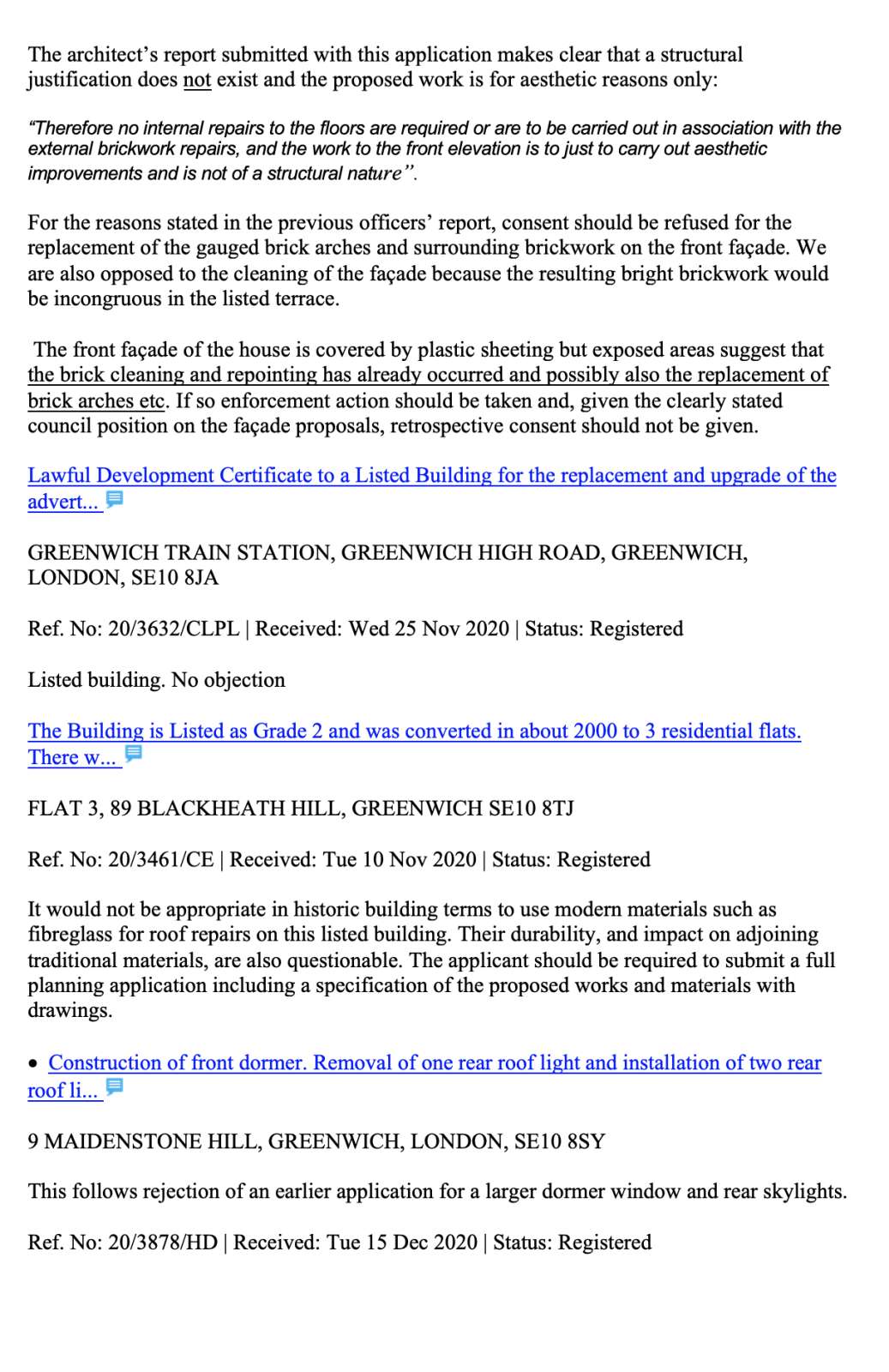 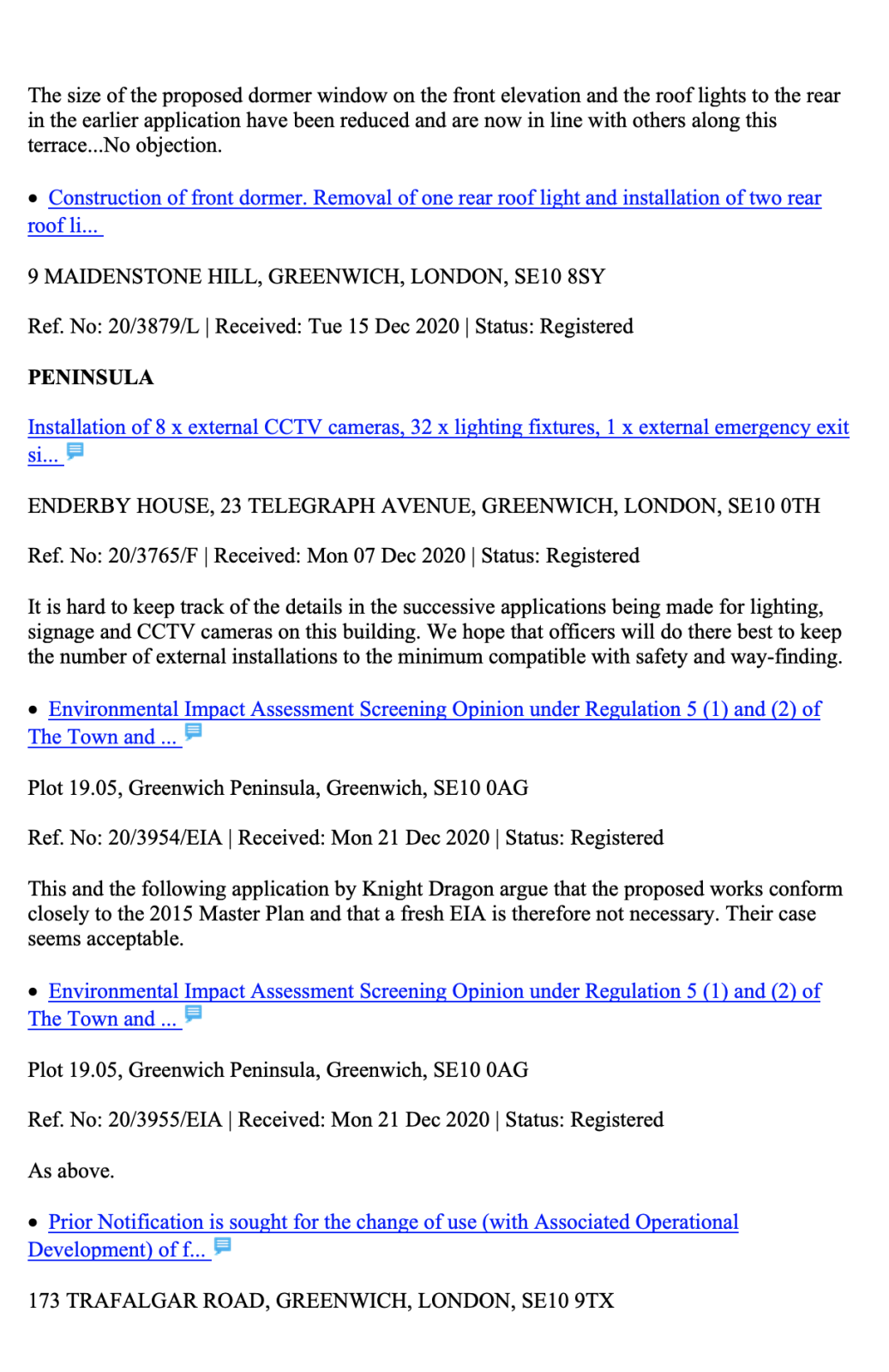 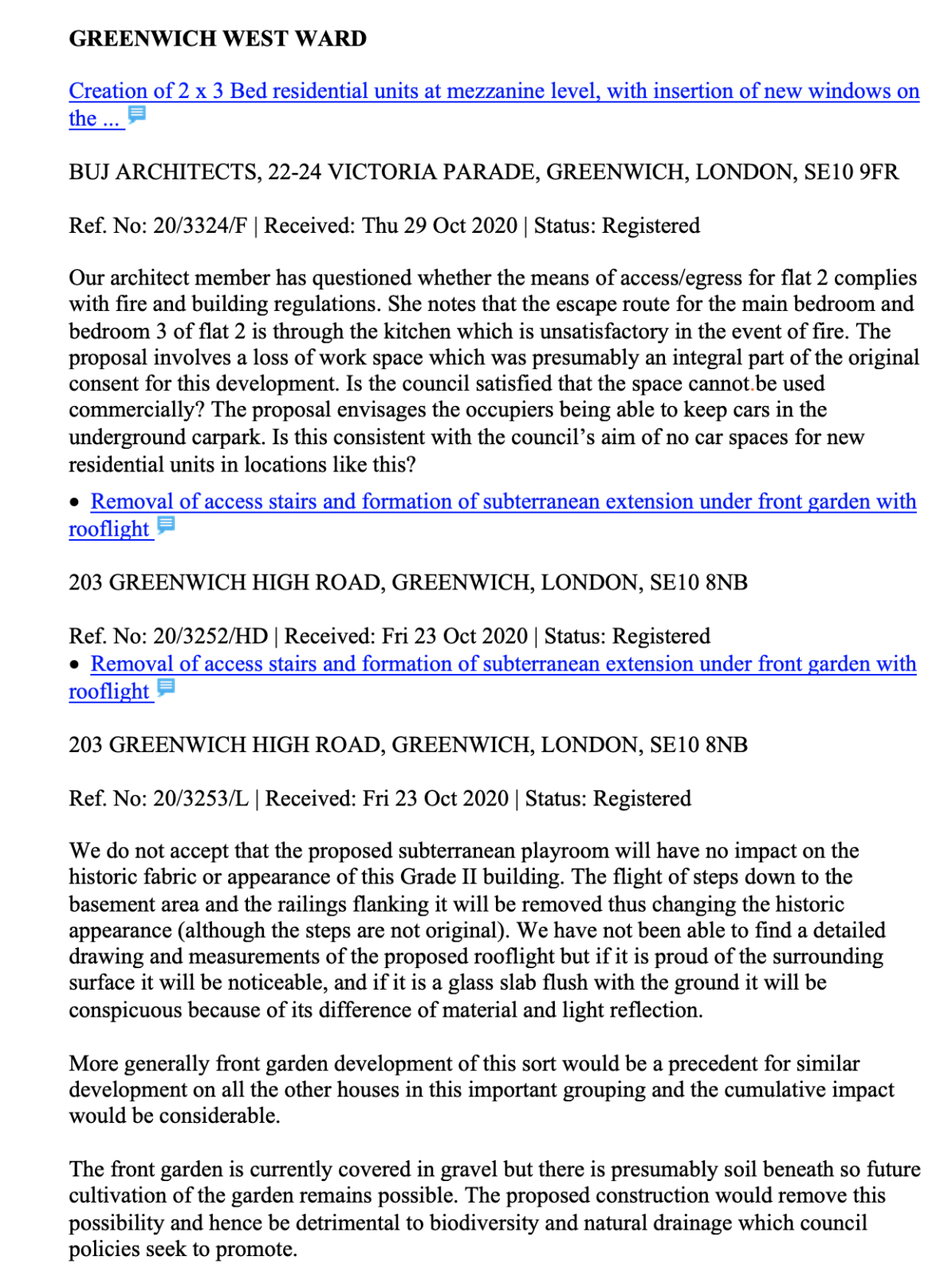 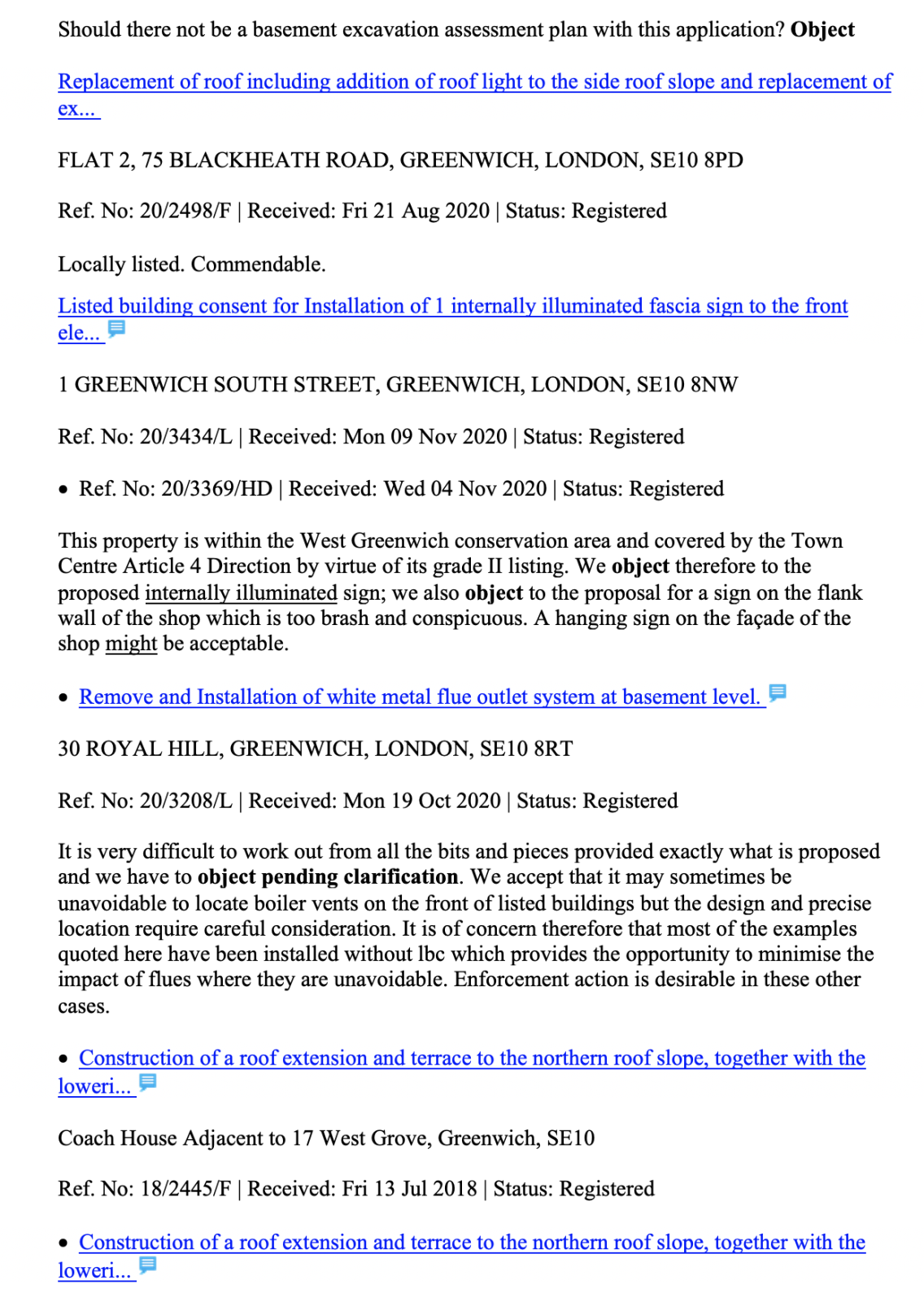 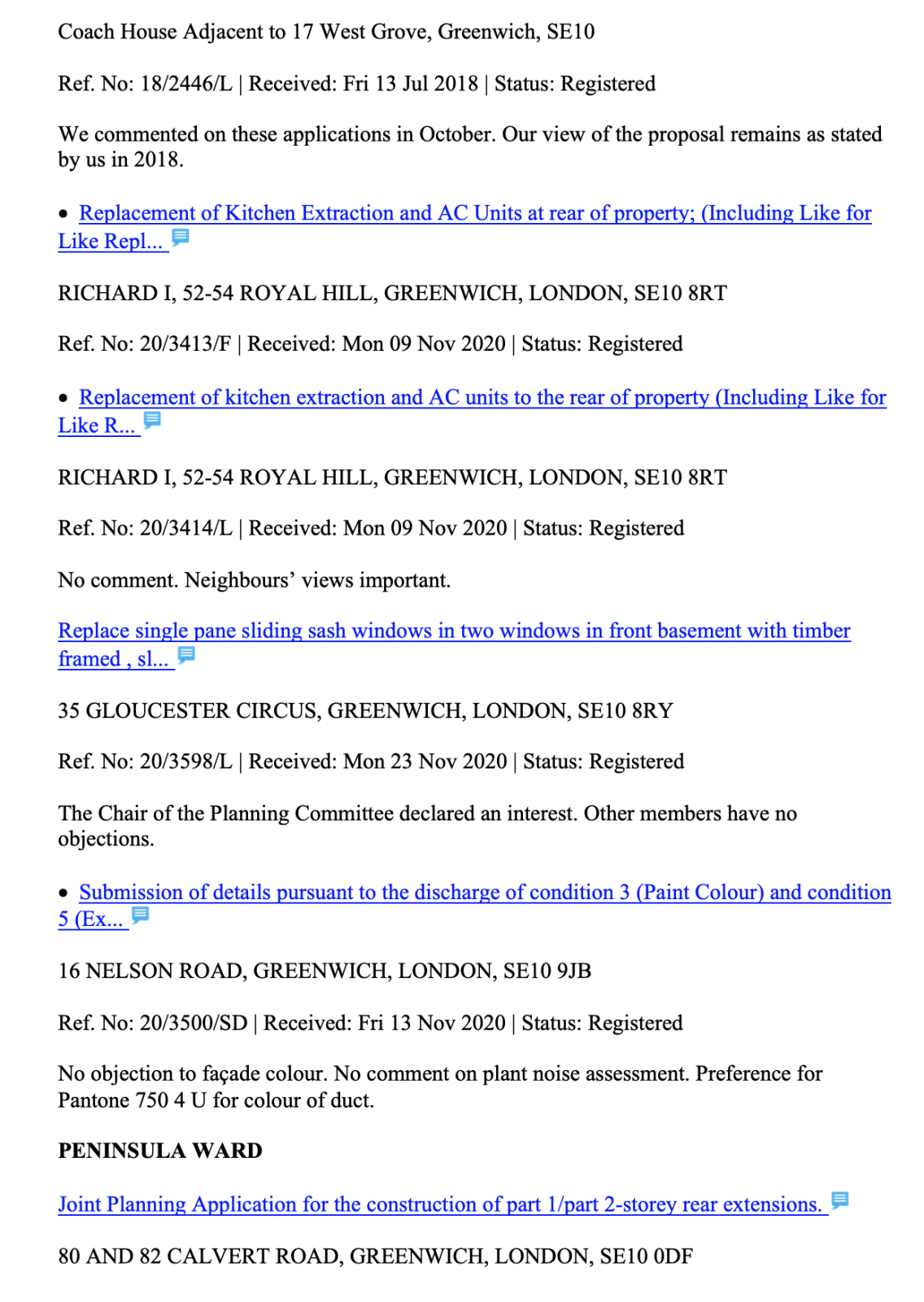 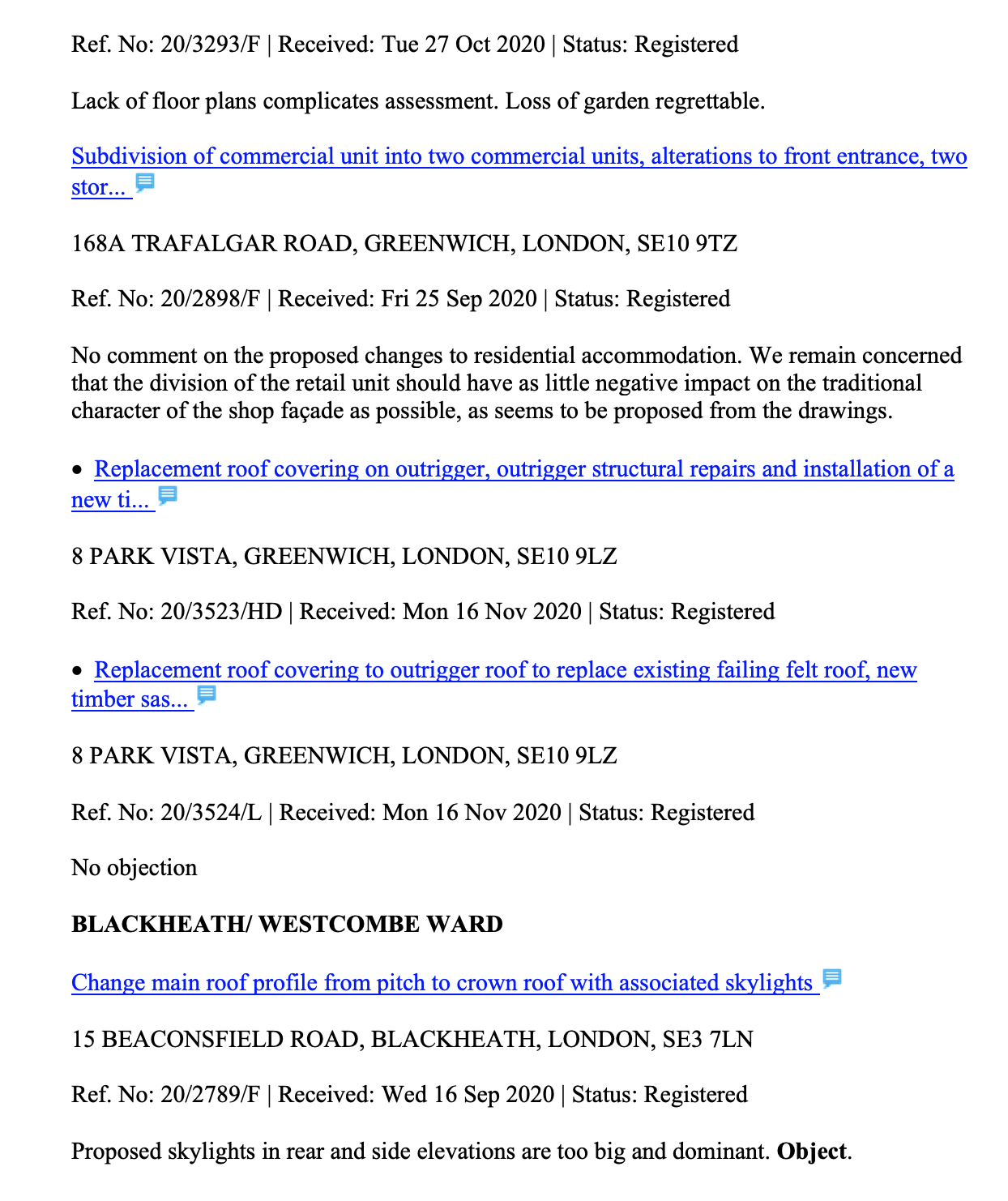 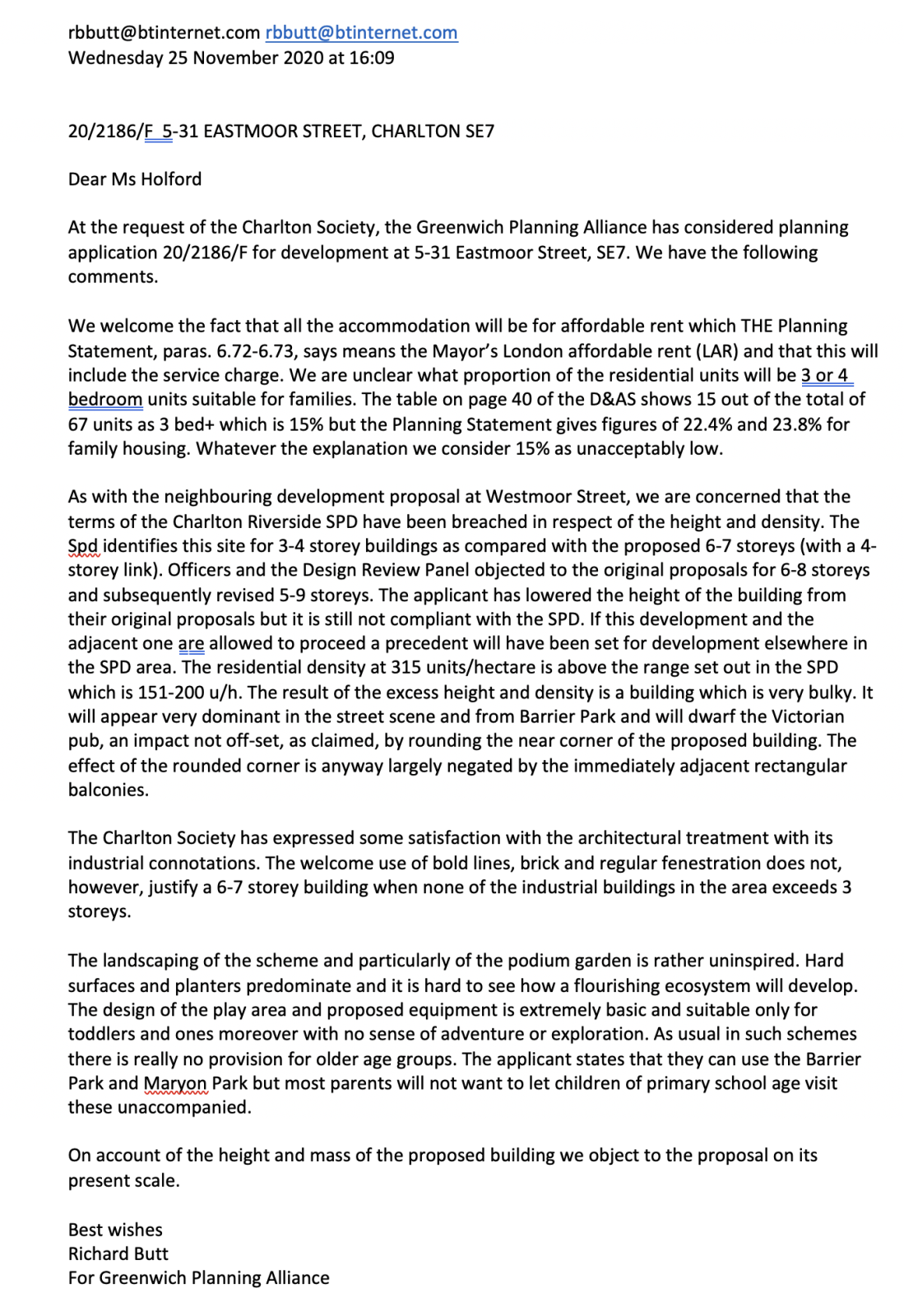 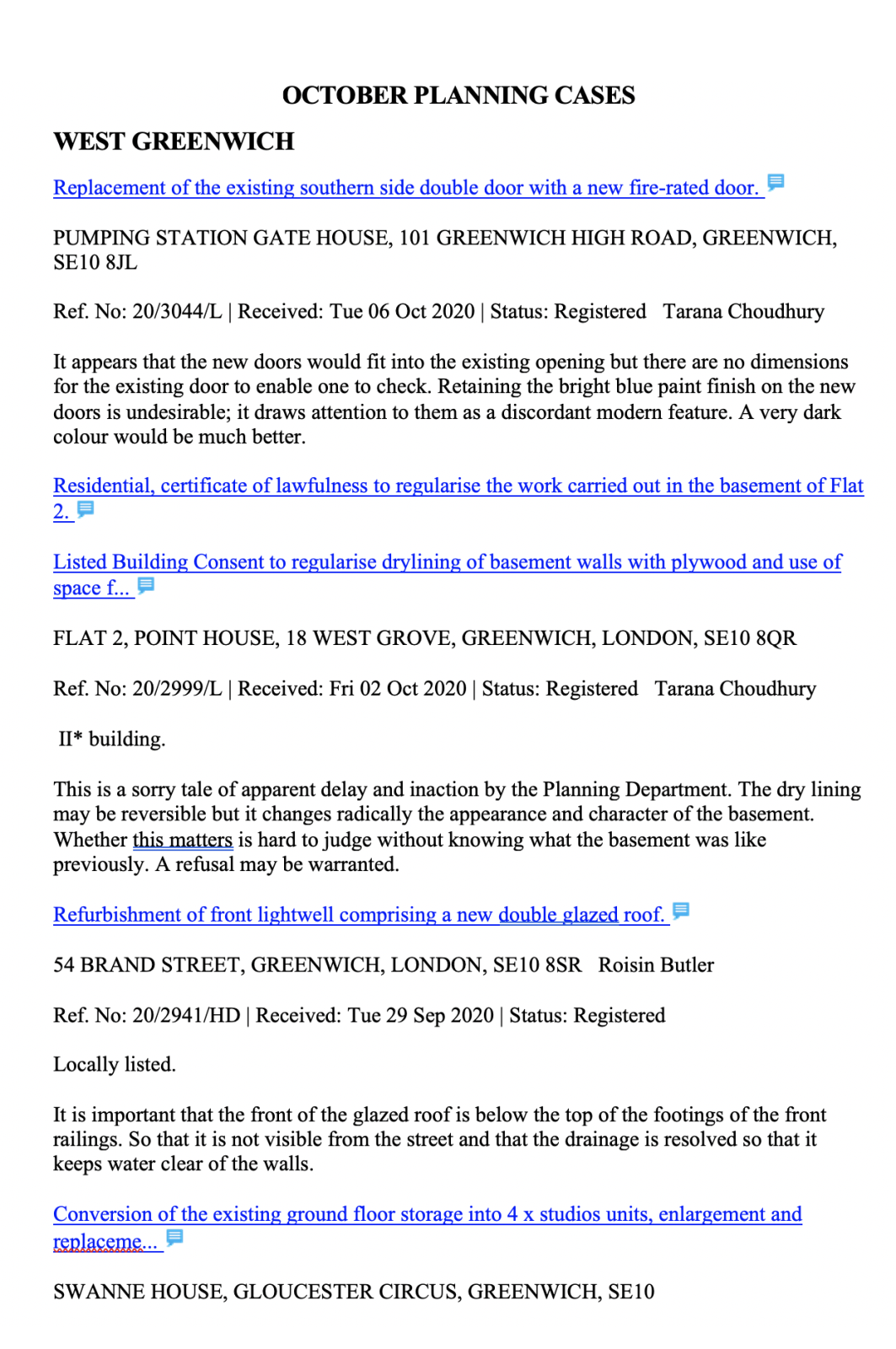 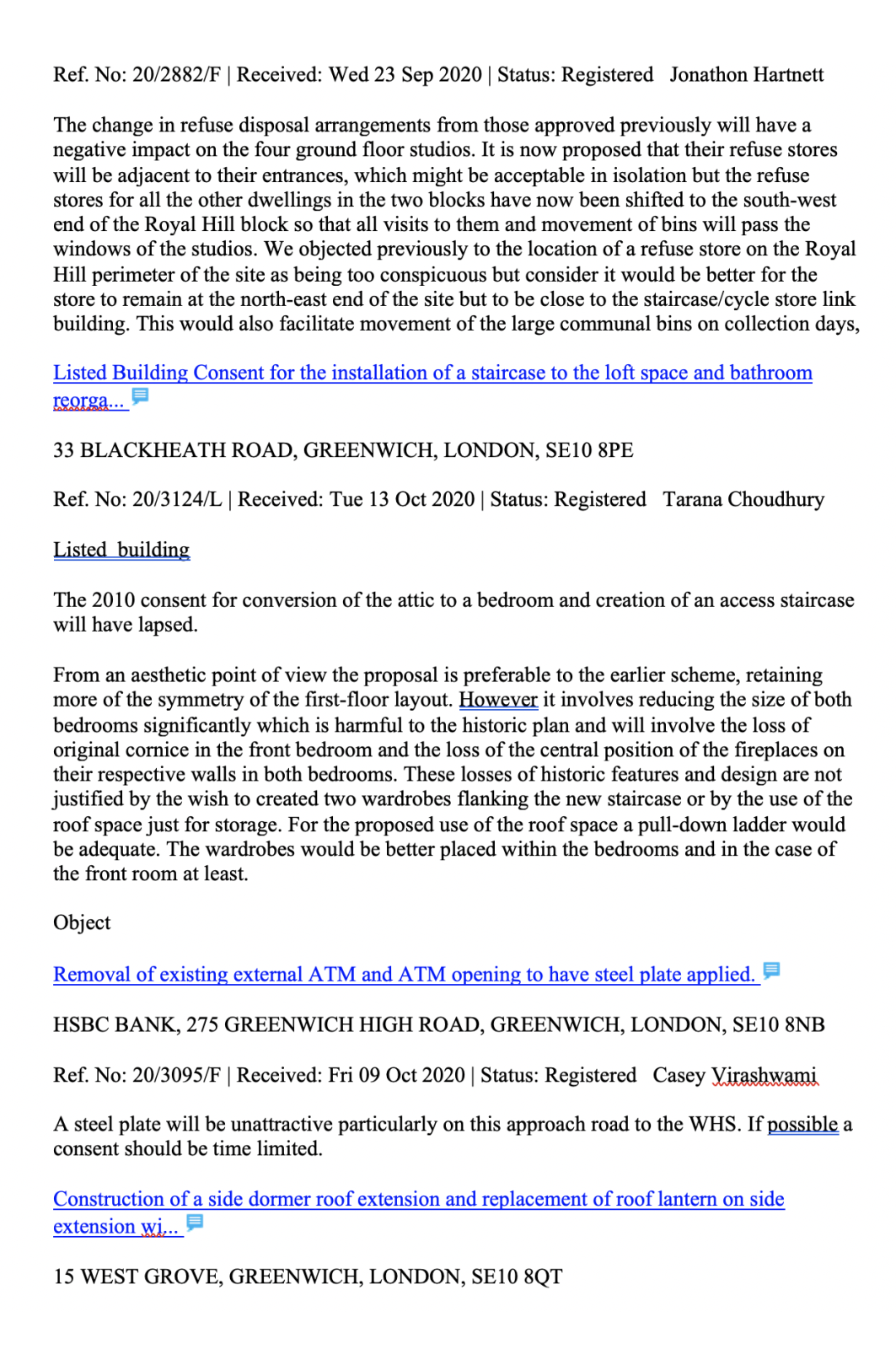 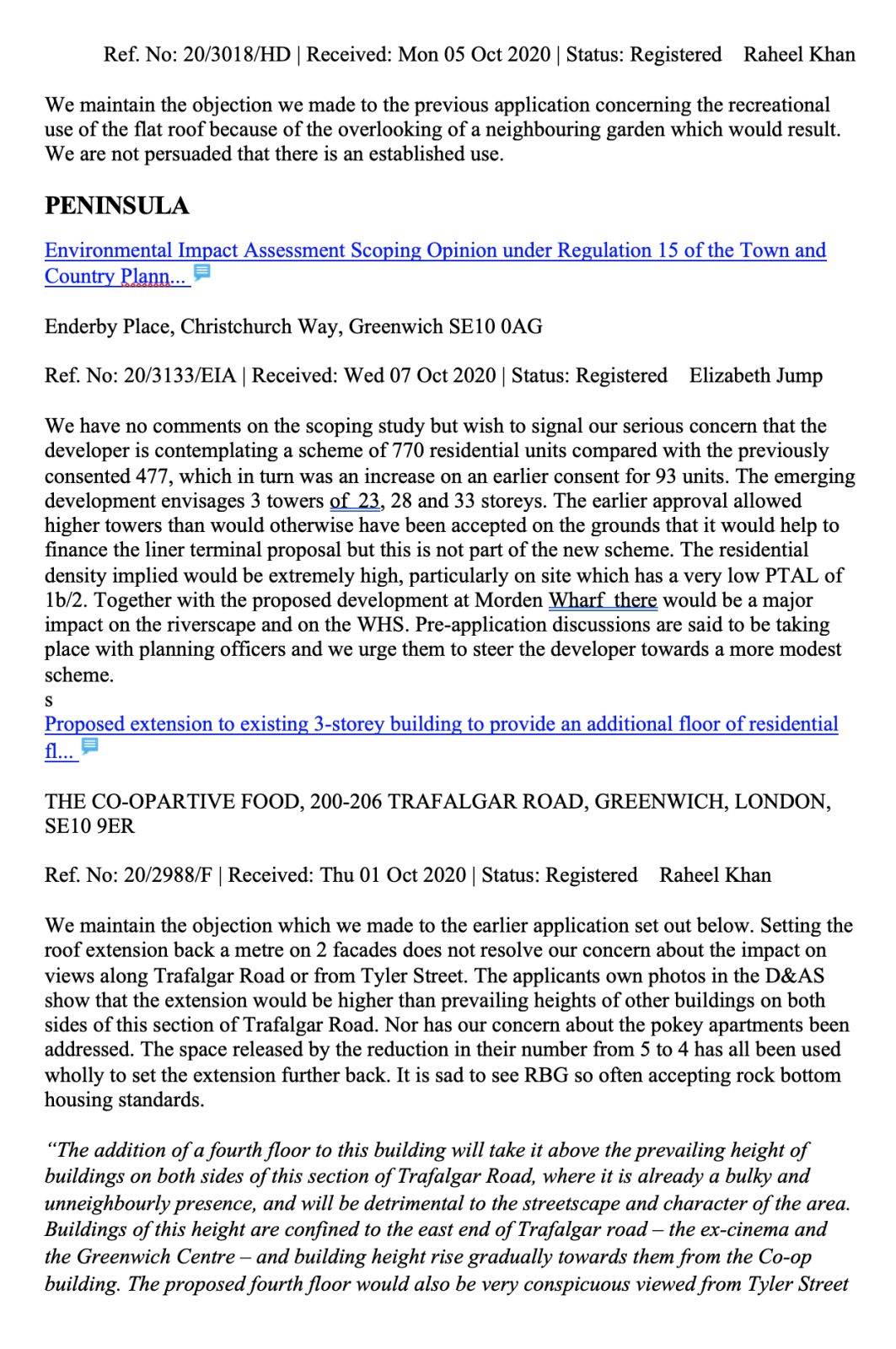 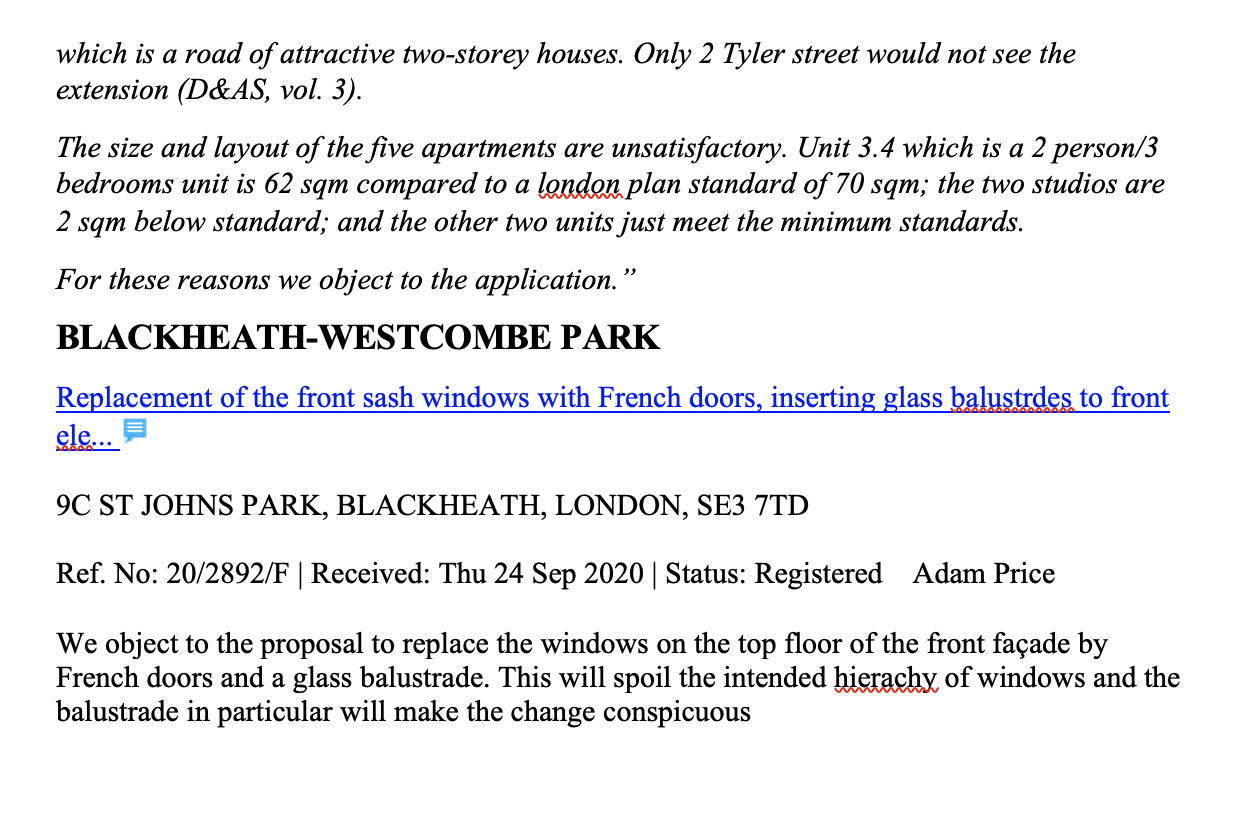 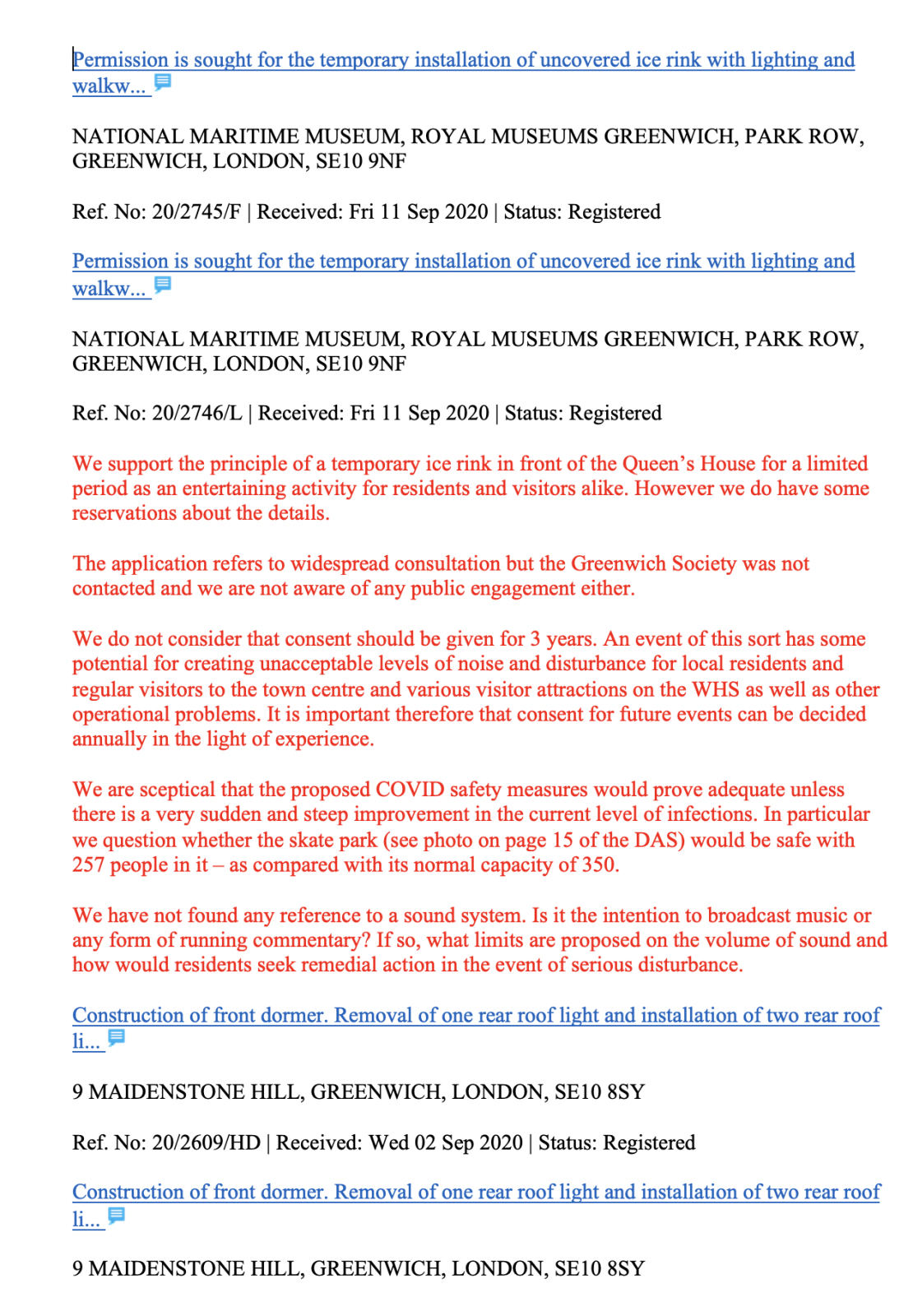 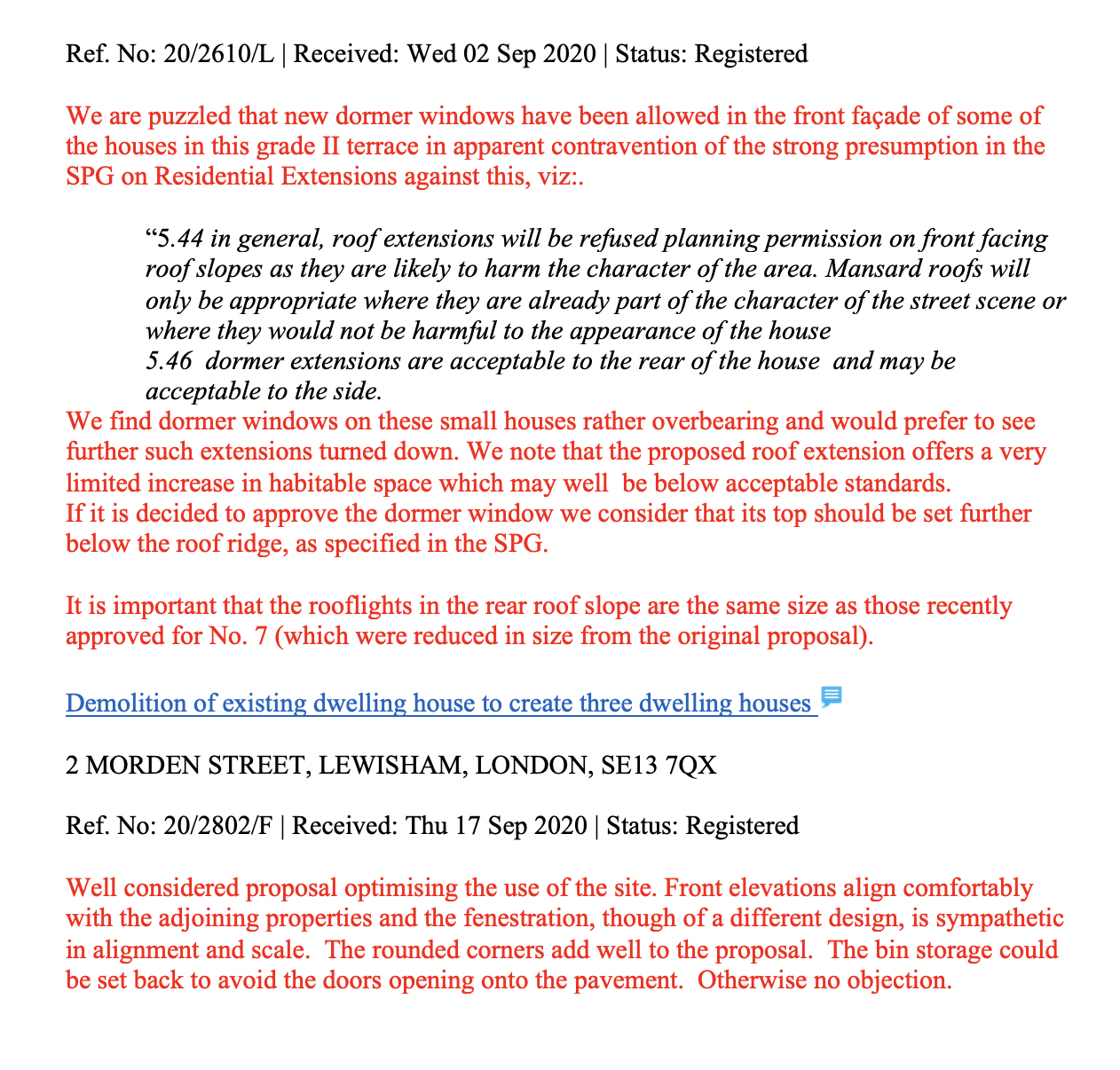 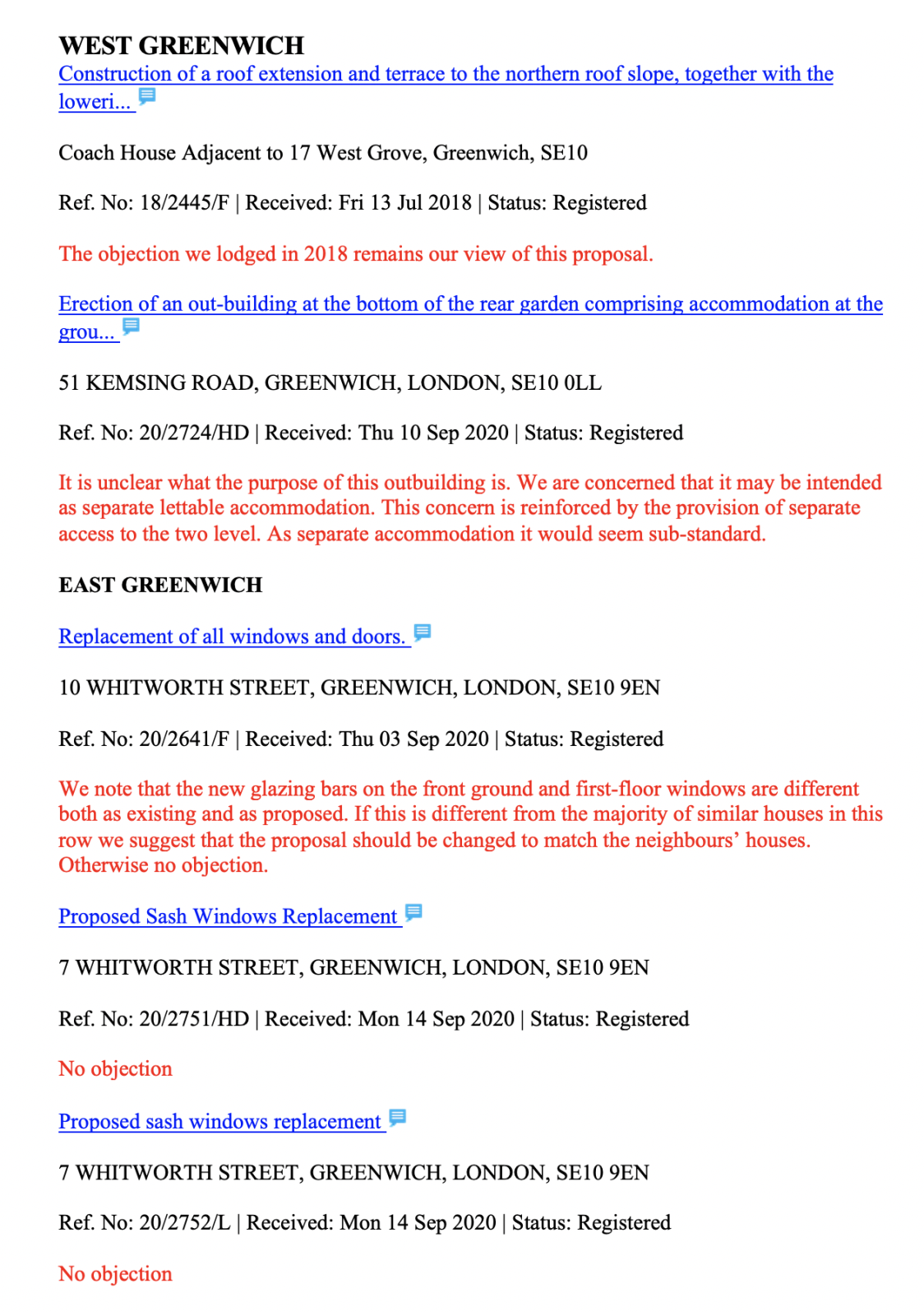 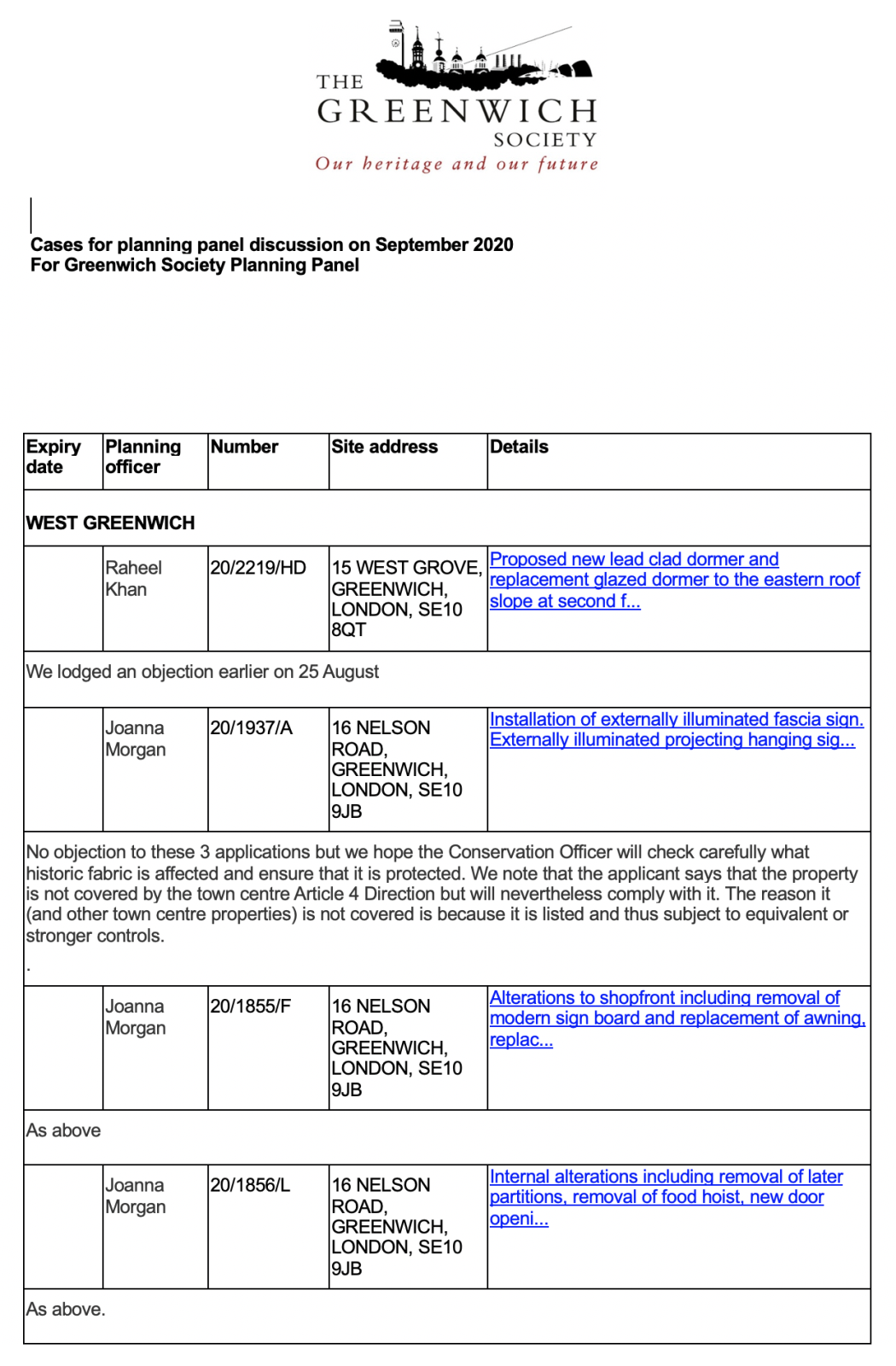 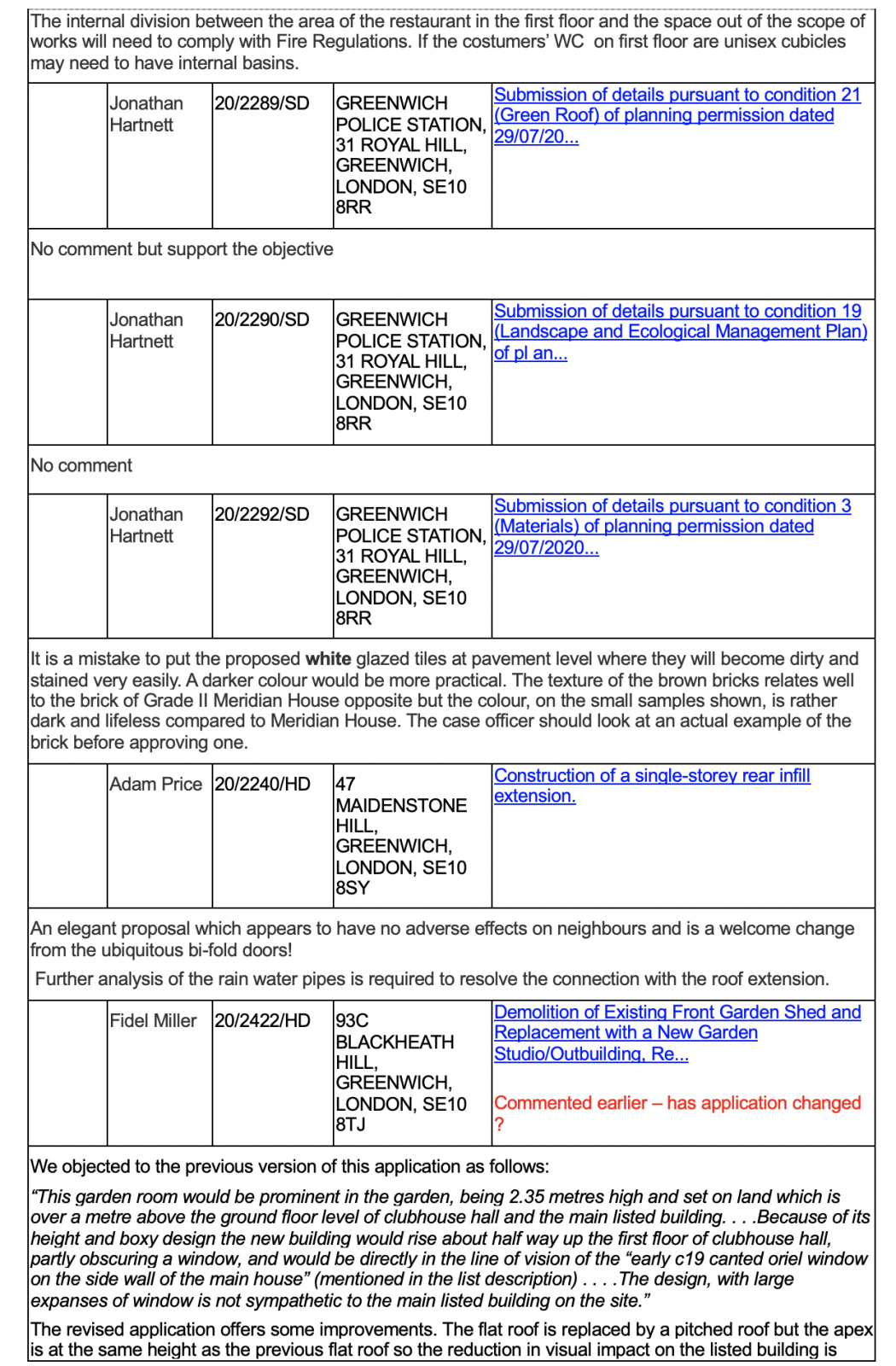 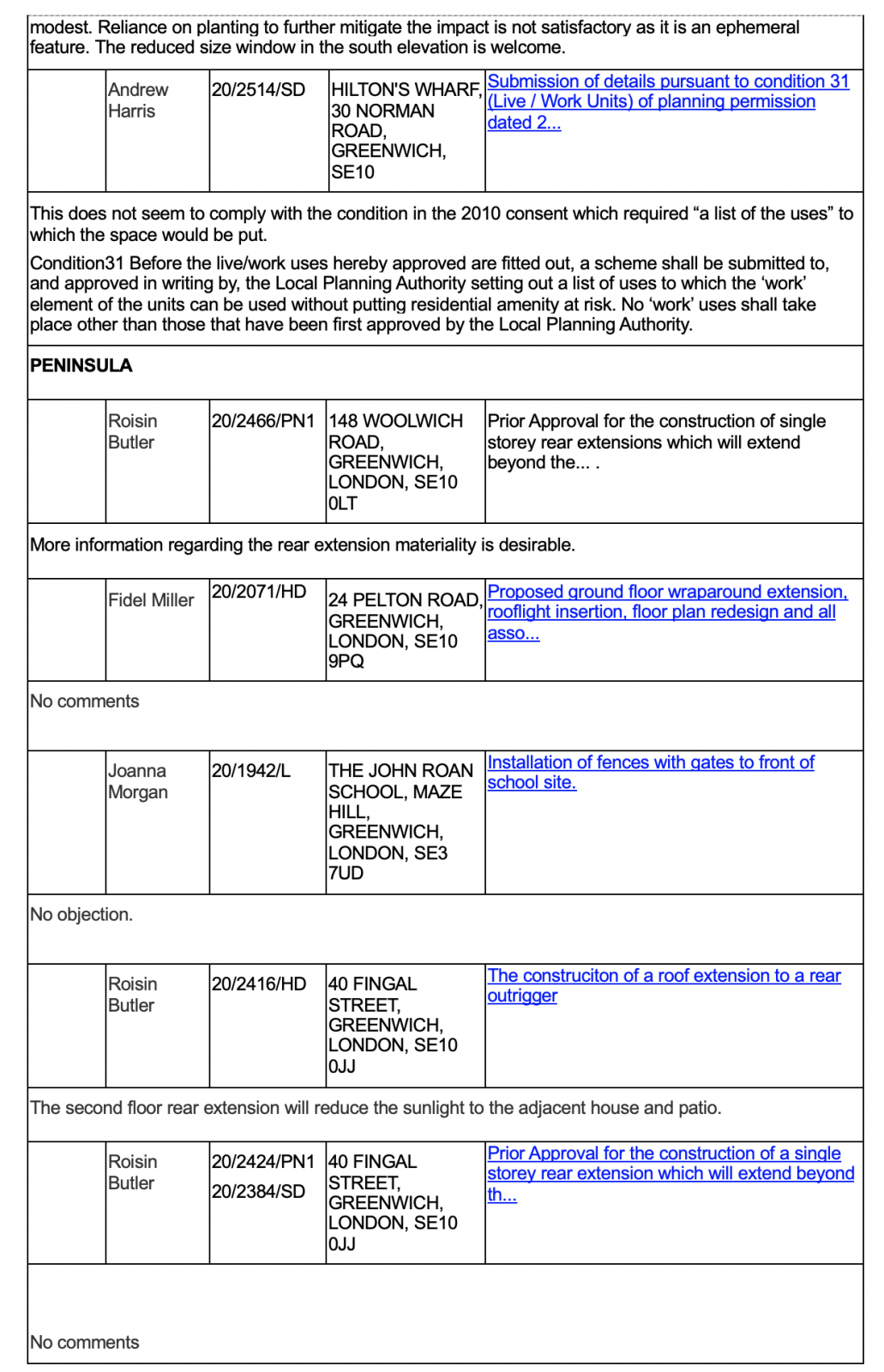 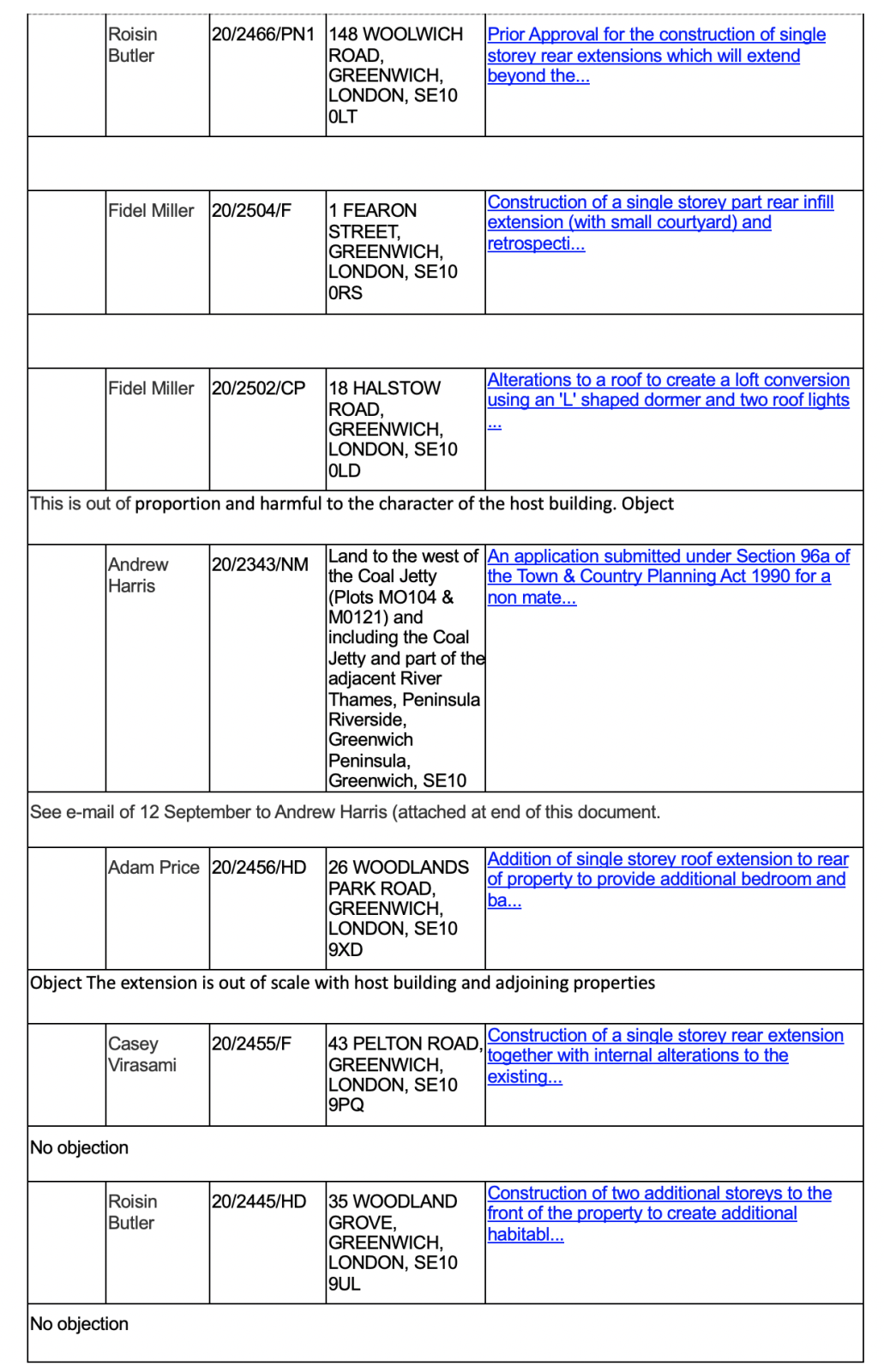 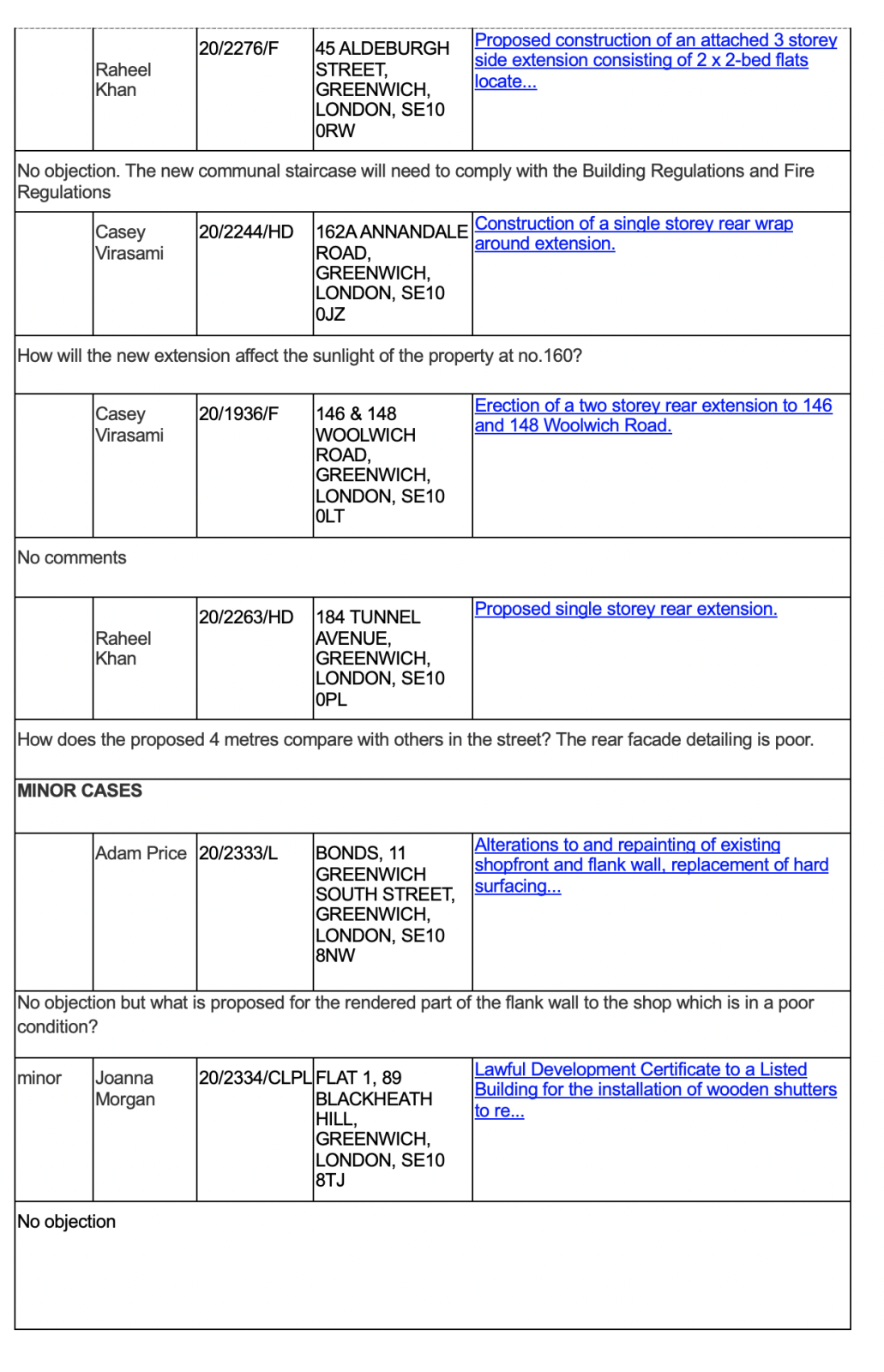 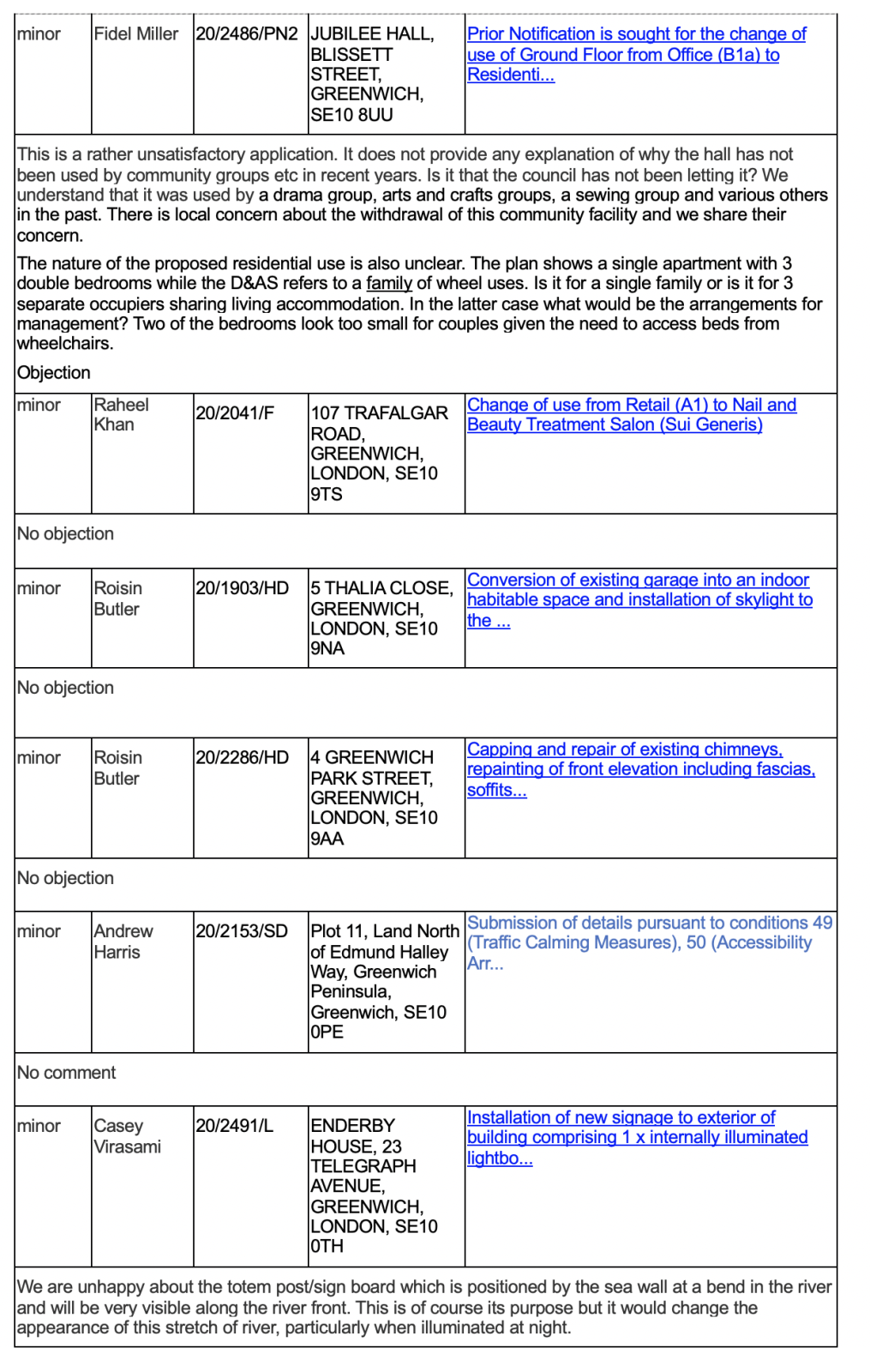 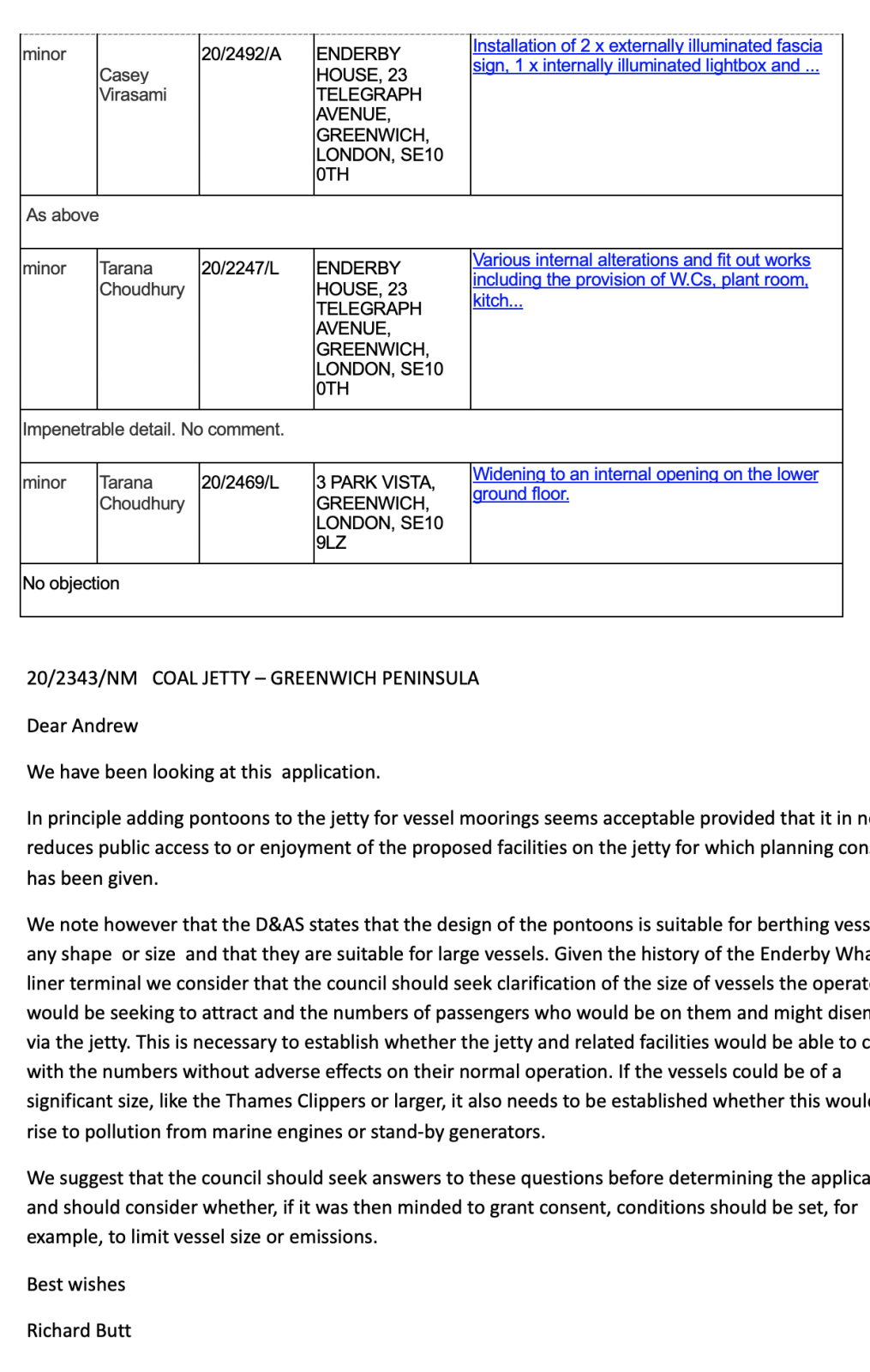